Electric mobility is developing at a very rapid rate. In 2018, the global fleet of electric cars exceeded 5.1 million, up 2 million from the previous year and almost doubled the number of sales of new electric cars. The People’s Republic of China remains the world’s largest market for electric cars, followed by Europe and the United States. Norway is the world leader in terms of market share for electric cars.

Politics play an essential role. Major electric mobility countries use a variety of measures such as fuel economy standards combined with incentives for zero and low emission vehicles, economic instruments that help close the cost gap between electric and conventional vehicles and support for the deployment of charging infrastructure. Increasingly, political support is being extended to address the strategic importance of the battery technology value chain.

The response of the private sector to public policy signals confirms the rise in power of transport electrification. In particular, recent announcements from automakers are ambitious about plans to electrify the car and bus markets. Battery manufacturing is also undergoing major transitions, including major investments to increase its production. Utilities, charging point operators, charging equipment manufacturers and other energy stakeholders are also driving investment in charging infrastructure.

In 2030, global sales of electric vehicles would reach 23 million and the stock is said to exceed 130 million vehicles. It is interesting to note that tax incentives are present in all regions of the world to sponsor this major transformation for the people. 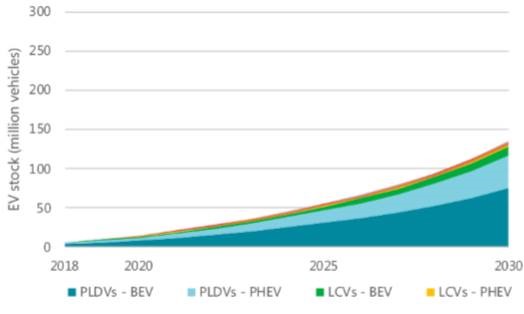 The electrical renovation activity is already a reality in more than 22 countries around the world, including our main European neighbors.

They promote the conversion of a petrol or diesel vehicle to electric and facilitate the official registration of a car.

Electrical renovation responds to the major major challenges of sustainable development.
With an inevitable ban on thermal cars from large and medium-sized cities in the near future (due to CO2 emissions), a dynamic circular economy, the rehabilitating vehicles in perfect condition to continue driving with electricity, rather than destroying them and building new cars from scratch will save a lot of CO2 emissions.

To allow the energy transition,
The European Union has set itself the goal of reducing CO2 emissions by 40% by 2030, on a zero net emission path in 2050. 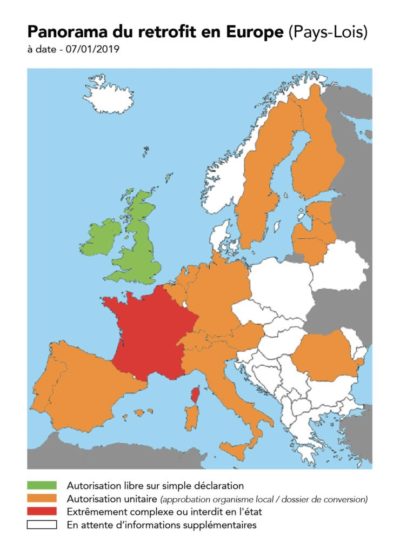 The multiannual energy program (PEP 2018) has translated the European ambition into relatively ambitious targets for reducing greenhouse gas (GHG) emissions (254 Mt of CO2 in 2023), but these objectives are not compatible with purely thermal vehicles (32 million passenger cars). The electric vehicle appears to be one of the major levers to meet ambition. The electric motor emits no GHG while driving and the production of low-carbon electricity in France further reduces its climate impact.

The French automotive market for new light vehicles (2.4 million annual sales) is divided into individuals (B2C market) and in fleets (B2B market),
made up of 86% passenger cars and 14% light commercial vehicles.

The automobile market in France is distinguished by the importance of the second-hand market.
For a new car sold, there are more than two on the used car market. The graphs below show the potential shares for the different types of vehicles and the sales forecasts by type of buyer segment. 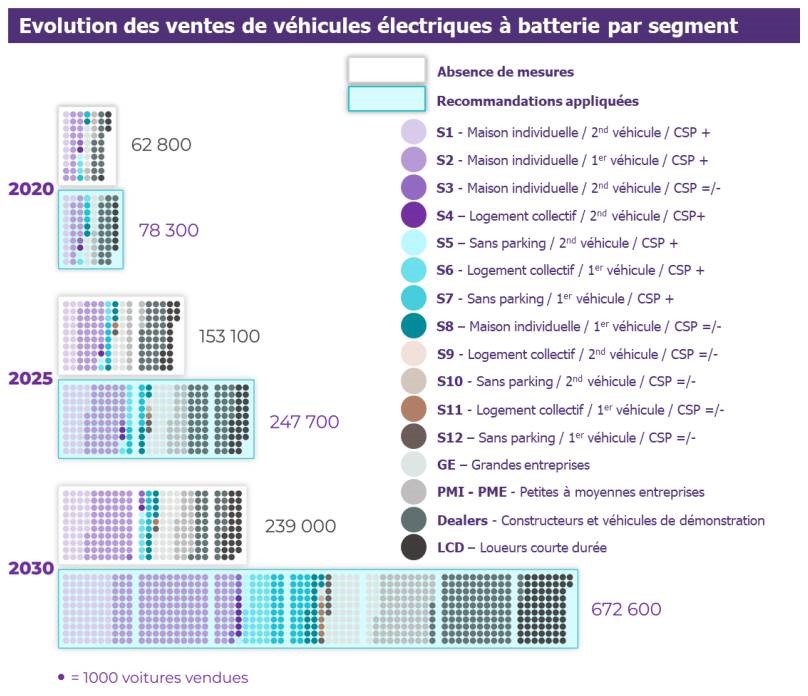 The segment of electric vehicles for individuals increased by 24.7% on the French market in 2018 compared to the previous year.To date, few models cover more than 90% of the market. The Renault-Nissan alliance takes the lion’s share: three quarters of the electric cars sold in France are Renault Zoe or NissanLeaf, urban vehicles.

Most are “second” cars for daily trips.
In the coming months, the electric market in France will be enriched with several new models: DS3 Crossback E-Tense, first Peugeot 208 electric, Tesla Model3 …

Foreign manufacturers will target more in the high-end, like the Audi e-tron, the Mercedes EQC, the Volvo XC 40 electric, and more … but will also convert “city cars” into electric, Opel Mokka X, Fiat 500 …

Apart from the “top of the range”, in all these offers and to come, there is no “pleasure” car, discoverable and affordable.

This type of car will not be the priority of car manufacturers in the near future, as it is too specific and does not cover a mass market, necessary to absorb their internal costs.